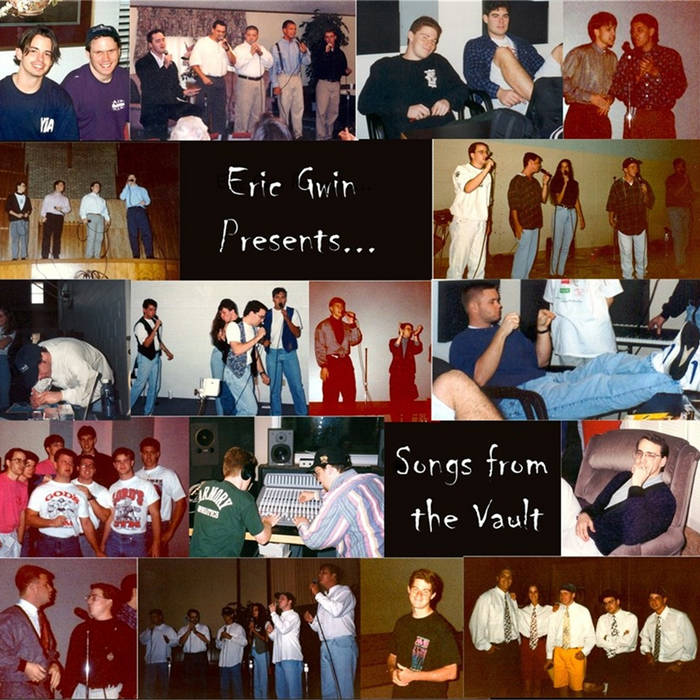 Eric Gwin Presents..."Songs from the Vault" is a 2002 compilation produced by independent a cappella recording artist Eric Gwin. The album was released in September, 2002 in both CD and download formats and available exclusively at ericgwin.com.


Songs from the Vault is made up of previously unreleased and out-of-print tracks originally recorded by Eric Gwin with his former a cappella groups Ariel, Q, and C.I.A. This album (coupled with 2012's "Q: The Songs Go On..." digital box set) was released as a sample of Eric's musical past for his newer fans who were only familiar with his solo material. As with all of Eric's solo releases, all of the sounds on this album are vocally or anatomically produced.